A Study in SEO: When eCommerce Goes Wrong

Recently, Synapse was brought on to assist with an ecommerce site that had seen a loss of revenue, primarily due to a huge loss in overall traffic and SERP penalties from Google. No manual Google actions were an issue, but the negative scoring being received against the domain was staggering.

Beyond the basic on-page optimizations that could be put in place, there were other issues stemming from improper redirect techniques being used to forward traffic to the secure site. The entire site was using 302 redirects.

We spent a good deal of time looking over the issues, analyzing data from Google Analytics, Moz, and several other tools and plugins used by SEO experts like Synapse. Our job was to figure out some of the root causes of the issues that were dragging down site traffic and, more importantly, revenue.

What we found were, as previously mentioned, issues with the ecommerce system being set to use 302 redirects by default, as opposed to the appropriate 301 redirect.

Also, Google had indexed many parameter loaded URIs which needed to be removed from the index, crawler-blocked by the system and redirected correctly, as appropriate. Google was also being allowed to index session id keys. This was immediately remedied with changes to the robots.txt file and some updated settings in the system configuration.

Lastly, many URIs were still indexed by Google that were from previous iterations of the site and were burning off link juice over time by returning 404 errors.

The system’s GA code was well out of date, still running Classic GA as opposed to the Universal code that supports demographics and interests. Goals and eCommerce conversion tracking code had never been carried over from the previous versions of the site, so some revenue tracking would still work but were not being counted or tracked as conversions.

Products in the site’s store were organized poorly and would appear across multiple categories, in some cases causing Google’s head to spin (figuratively). A new information architecture, product categories, and product taxonomy would have to be created.

Many of the category pages contained no copy, no headline tags – basically none of the on-page SEO ranking factors used by Google. Beyond that many products contained duplicate titles and descriptions, and some even copied content directly from the manufacturer site causing potential conflicts of duplicate data. Some of that content was copied and pasted code, which in some cases would actually break in-page style functionality like product information tabs.

From the Ground Up

Synapse considered rebuilding the site from the bottom up, but that was outside of scope. Essentially, the strategy team and interactive team buckled up for a long, bumpy ride.

The strategy team and interactive team combined efforts and wrote over 500 new 301 redirects for old URIs, and roughly 200 new 301 redirects to handle traffic from the old site structure to the newly created categories. The systems settings were adjusted to handle all new internally created redirects as 301s as well, so no more “temporary” status with Google would be found.

All of the URI parameters were loaded into Google Webmaster Tools, and extensions were put in place in the eCommerce system to add relationship tags and no-index markups to pages generated by layered navigation elements like filters for product cost and manufacturer. That alone removed almost 1900 reports of duplicate content.

The Google-certified strategy team updated the Google Analytics extension on the site, adding in the appropriate tracking codes, defining new conversion funnels, and ensuring that all revenue would be properly tracked and attributed. 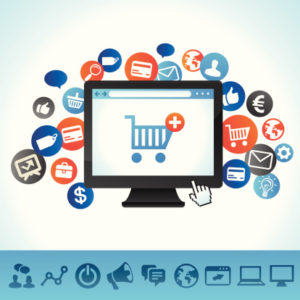 An entirely new product categorization architecture was created. This was a herculean effort on the part of the strategy team, and pulled in some of the other Synapse team members to reduce the hours needed to complete the work. Over 200 new categories and pages were created, each receiving on-page SEO work. The page templates were also redesigned to put SEO best practices into place. This translated to over 30,000 words of copy being researched, keyword loaded, optimized for semantic search, and placed into over 200 individual pages. This work also included internal site links to assist the crawlers with finding their way through the site using contexted internal linking strategies.

During the first week that the newly-optimized site was live we saw an immediate 25% increase in organic traffic. This trend has continued as organic search traffic continues to improve. Revenue that had been trending down over the course of a full year surged back out of the red and closed out the year in the black.

Of course, this isn’t the full story or all of the strategies and efforts used to pull this site back from the brink. We’re the experts for a reason, right? We certainly don’t want to show our entire hand.

Was it a lot of work? You bet, and we would do it all over again. Results like these are what we work and strive for at Synapse, and it is why you should work with the experts.

Are you in need of rescue from your eCommerce system, or need a new eCommerce site? Get the best results from the experts at Synapse today.