Creating Characters that Bring Your Brand To Life 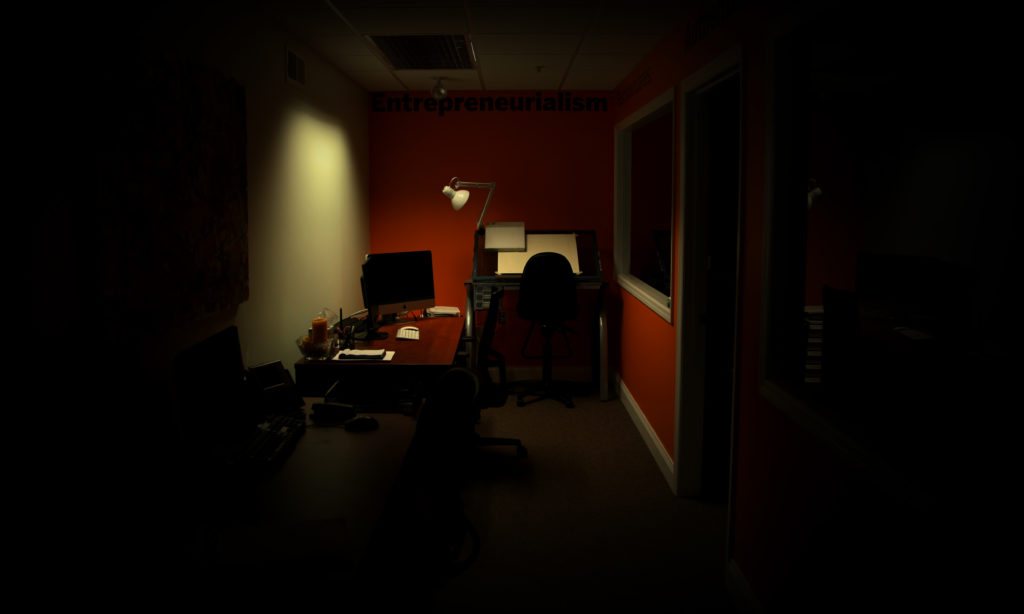 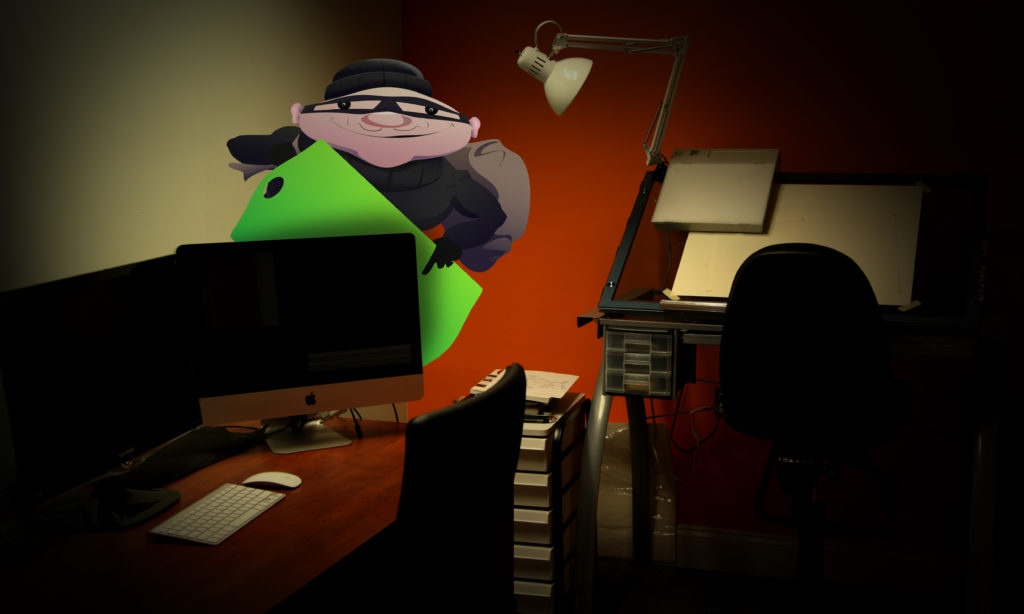 What is going on at Synapse?! . . . No need to worry: it’s our illustrators working on our next set of brand building characters we’re creating for a major brand launch.  Synapse Marketing Solutions is very familiar with the imaginative force characters can bring to any stage. Characters star in major animated films (Disney, anyone?), compliment advertisements through character branding (12% of all prime time TV commercials contain at least one illustrated character) and polish or commemorate logo designs. Characters can enhance any personal experience with proper research and execution. So . . . how does a brand create a supportive, visually appealing, personality driven, well-drawn character that creates a great impression and sells product?

Plan First
Creating a stellar character always begins with a well-planned concept. All conceptual work starts with detailed research. Who is the brand’s target audience? What products and brand lines will the character support? What brand characteristics should the character embody?  These questions are very important to ask since the basis of the character’s personality and look will derive from these details. Only after extensive research and discussion does a character’s concept start to take shape.

From Concept to Reality
Bringing the character to life, multiple rough drawings are illustrated, flexing different possibilities of the original concept. Take Synapse’s recent creation, the “DealBurglar” character, for example.  During this character branding experience, many different variations were drawn. From big and small, to round and skinny the “DealBurglar” character was drawn multiple times, formulating an original look for each.

In some scenarios, the character may keep a more uniform look in the rough conceptual stage. Sometimes the client is very clear in what they are looking for in their character. Sticking to one uniform look, while making subtle changes throughout, better enables the client’s concept to take shape. 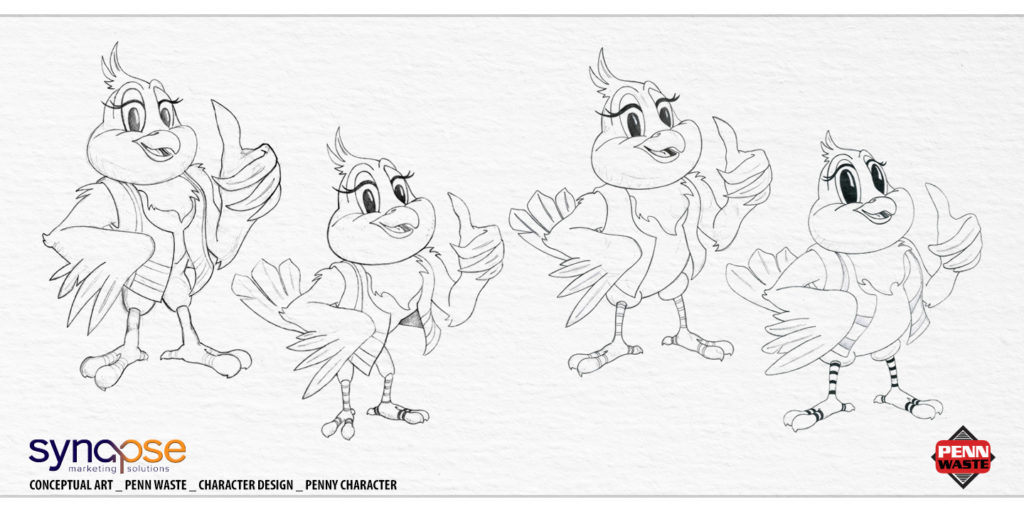 Clean Up Your Act
Once roughs are finished and approved by the project’s stakeholders, the rough character is finalized in the medium predetermined (digital or traditional). Following standards set by past illustrators, the design, personality (expression) and figure’s anatomy is polished, critiqued and polished again. This repeated process ensures the caliber of the completed character is of the highest par, satisfying the client and future generations to come. 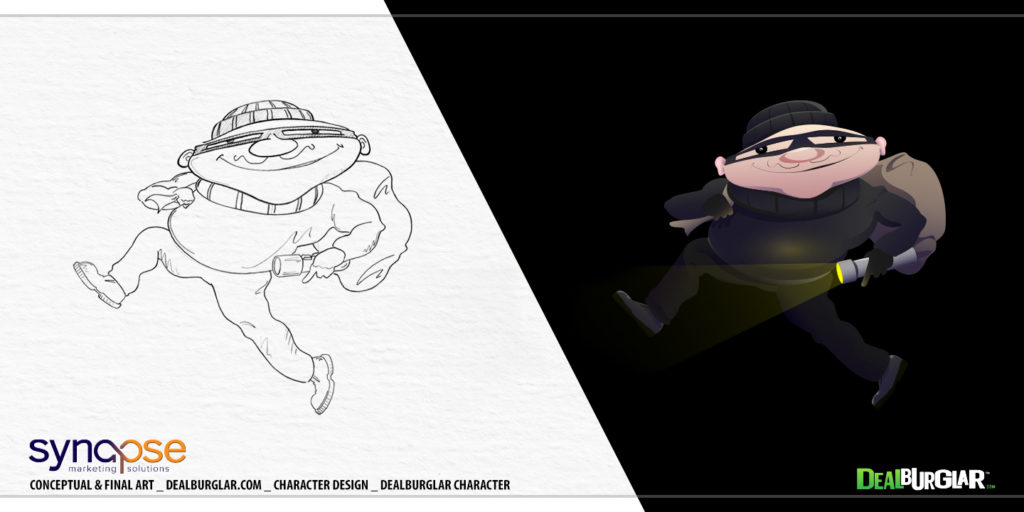 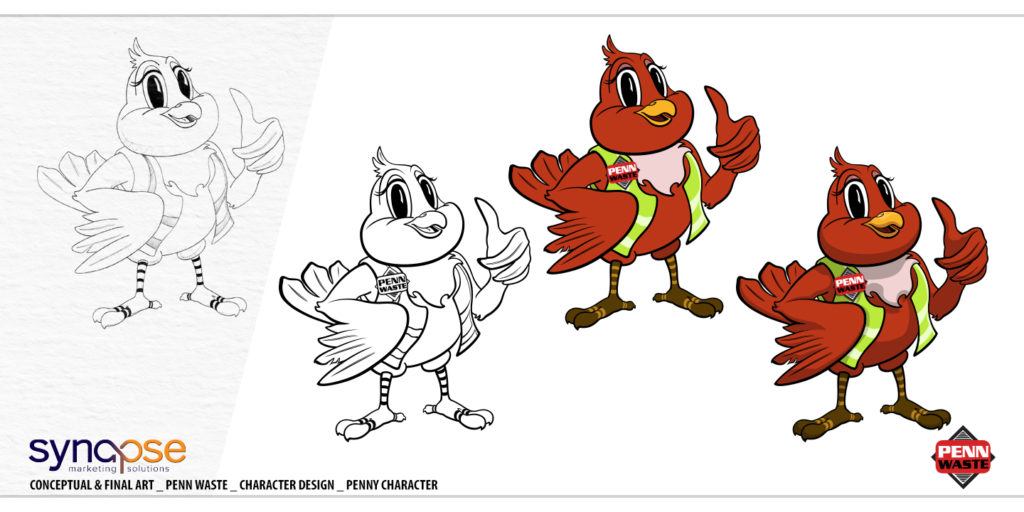 Polishing It Off
Devising solutions, pushing boundaries and good ol´fashion drawing, Synapse’s character creations complete our client’s vision. Through strategic planning and research, Synapse discovers the client’s vision and creates the concept, executing a polished character. Characters bring life, personality and emphasis to any application. Napoleon Bonaparte says it best, “A picture is worth a thousand words.”

Synapse redefines, “A character is worth thousands of words!” 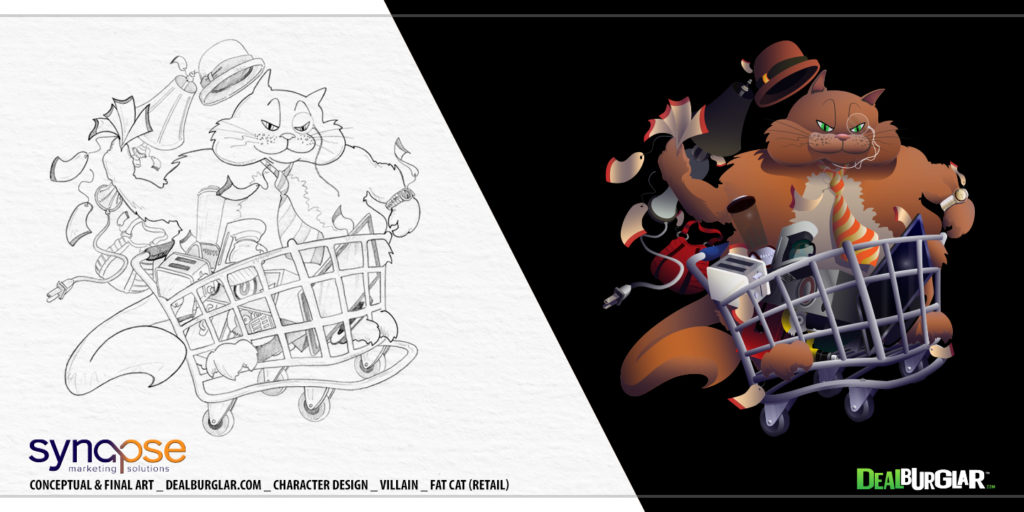 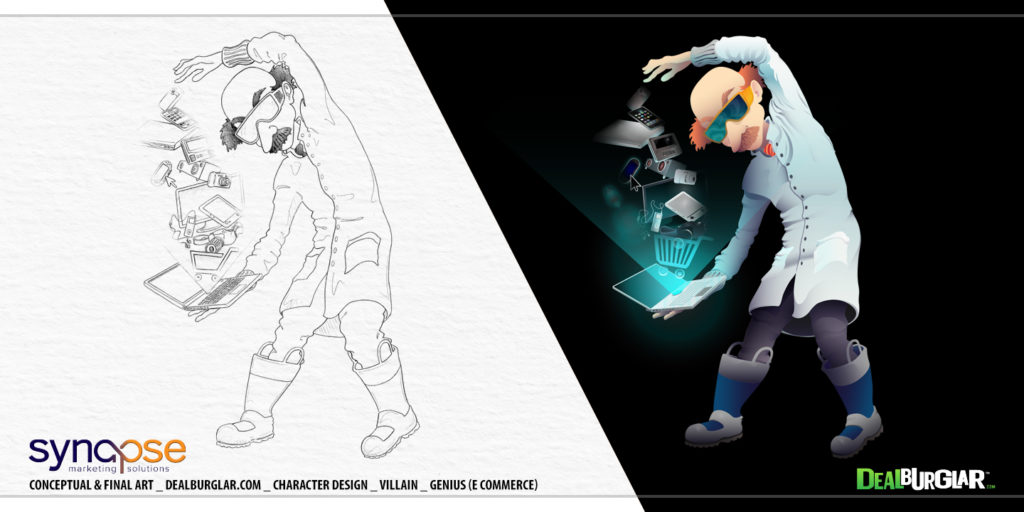 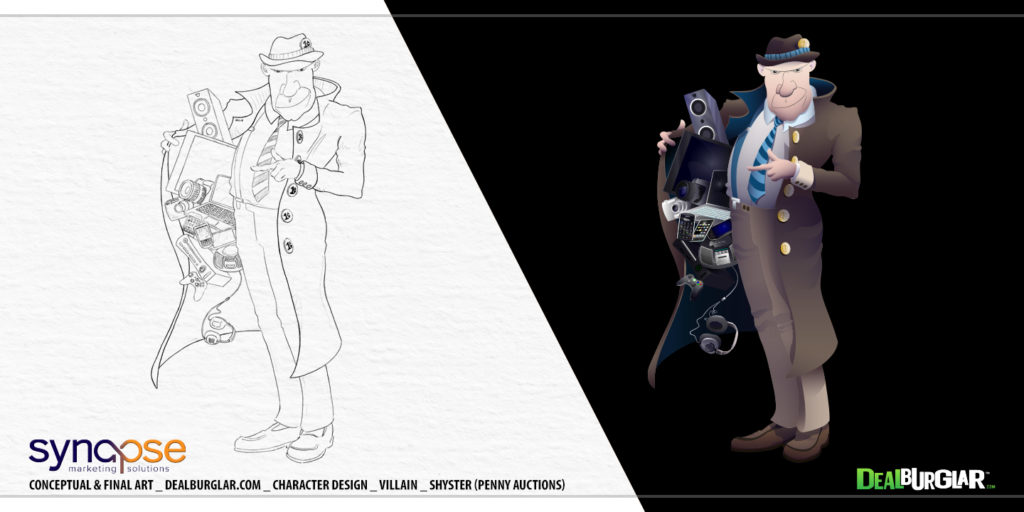 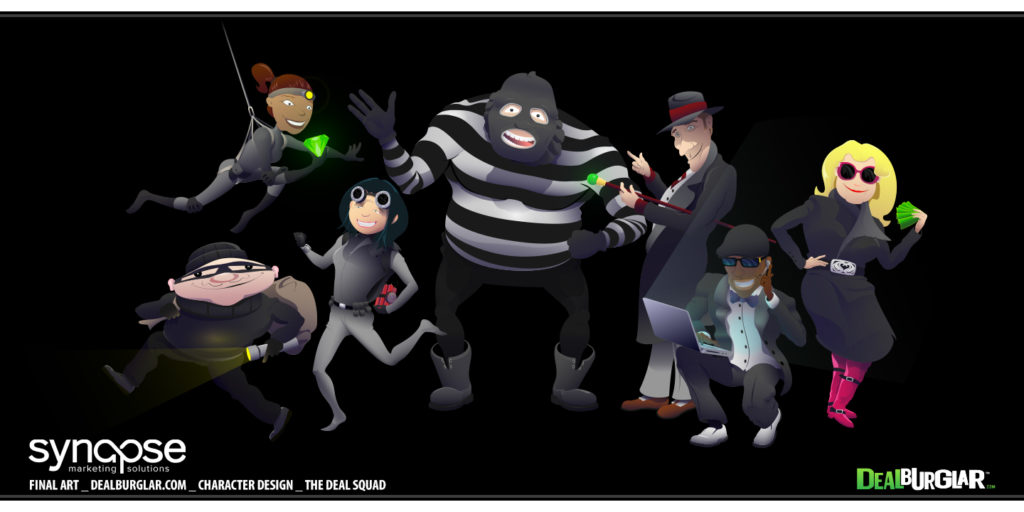 Summary
Want to see how Synapse can create personalities for your company?  Start a Conversation with us.