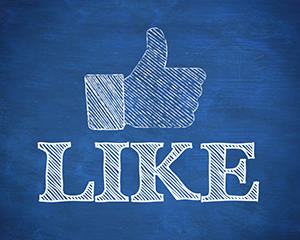 In this continuing series on focusing your social media marketing efforts (see our previous post on LinkedIn here), we’re taking a look at the demographics driving each of the major social media and offering tips for making the most of them. Today we’re examining Facebook.

Facebook is essentially the parent of all social media and it remains the boss, with 71 percent of online American adults and 58 percent of the entire adult population sharing content on its pages. In March 2015, the platform claimed 936 million daily active users and 1.44 billion monthly active users worldwide, the vast majority of whom shared content via mobile devices. The site also boasts 40 million active small business pages.

Facebook use is growing rapidly among users over 65, with more than half using the network today, according to a survey conducted by Pew Research Center. Facebook is also popular among women, with 77 percent of women using the site compared to 66 percent of men.

Facebook remains most popular with users aged 18-29, 87 percent of whom are on the network. Users aged 30-49 are the second biggest users at 73 percent, followed by users over 65 at 56 percent. Users aged 50-64 are the least active on Facebook, but even among that group, the network has a very respectable usage rate of 63 percent.

These demographics reveal Facebook’s popularity among users in the prime parenting and grandparenting years, and Facebook is arguably the most familial of all of the social media. It is the network where users are most likely to be connected with family members, distant and close, in addition to other contacts.

Users are spread almost evenly across income and education levels, making Facebook one of the more democratic social media. It is also relatively evenly split among urban, suburban and rural users. Users average 155 “friends” on Facebook, Pew reports, of whom they count approximately 50 as real friends. Friends encompass a very broad range of contacts, from neighbors and parents to colleagues, former schoolmates, special interest communities and businesses.

Facebook is also universal geographically: more than 82 percent of users are outside the U.S. and Canada.

Clearly, Facebook remains a social media powerhouse. If you can only afford the time and resources to manage one social media, Facebook is the place to start. It continues to have an unparalleled reach among users of all ages, and this is likely to continue for some time because of the position it enjoys and the features it offers. It serves as a sort of home base for many people, the page where you can curate your life in a way that isn’t possible with platforms like Instagram and Snapchat.

Because of its demographics, Facebook is an excellent medium for sharing family-friendly content, including messages about saving money and finding affordable travel and entertainment. But Facebook has such a broad reach that it is hardly limited by those strengths. It remains a valuable place to build an online presence or community of any sort, whether it’s a political group, a business or a consumer brand. Facebook is an excellent place to:

Facebook is social media’s melting pot. Just about any content can get useful traction there so long as it is appropriate, upbeat and inclusive. As such, Facebook should be the foundation of any social media campaign.

Next time, we’ll take a look at the social media butterfly, Twitter.

If you could use some help focusing your social media planning, talk to us today. We’ll help you create an online presence that gets the response you’re looking for.