Every month we research and compile user data to track and analyze Internet browsing habits from the US and across the world. Analyzing and understanding these habits helps us build websites more efficiently and effectively for the end user.

This article outlines user trends and browser news from the past six months.

In 2014, IE has seen a 5.52% increase in browser usage as Safari and Firefox have seen decreases in usage. Trending data from the past 18 months has shown us that Safari and Firefox are slowly fading away as Chrome and IE continue to pull away from the pack. Firefox’s decline can be attributed to some major failures. First, in an attempt to make up for lost revenue, Firefox allowed ad placement on almost all webpages browsed. Since browsers
(for the most part) are similar, users tend to lean toward the browser with the least amount of ads and pop ups. Then there is Firefox Mobile. Mozilla dumped a ton of assets and money into the failing mobile browser. It has dipped so low in usage that it comes in under 0.25% of all mobile browsing in the last six months.

And lastly, Firefox’s biggest problem remains the same—it doesn’t have its own stable hardware platform. IE has
PCs and Windows Phone. Chrome has Android and Chromebook. Safari has everything Apple. Firefox has nothing close. Of course, the company realizes that this is a problem, especially since a new survey shows that mobile sales far outstripped PC sales, with tablets alone looking to sell more in 2015 than PCs. The company has tried to enter
the mobile market with Firefox OS by creating an ultra-budget phone starting at $25 for international markets. But will that be enough to really save Firefox? Or will browser dominance, much like software, forever belong to the
big two?

Below is a graphic showing overall Browser Usage for the first six months of this year. (US ONLY) 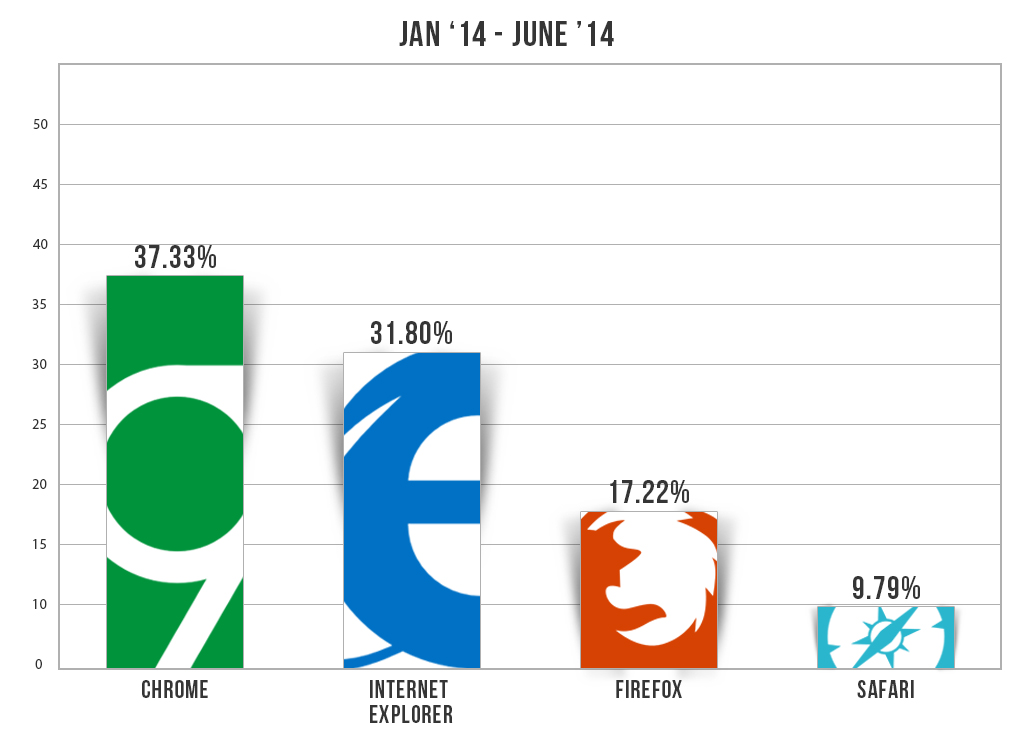 IE8 has been doing the opposite of diminishing since Microsoft stopped supporting its XP Operating System back in April of this year. The outdated browser has actually grown in usage by 16.73% since the beginning of the year. There is really no explanation for this upswing; market research shows that XP hasn’t had an increase in sales, just an increase in browser usage. We will continue to monitor this data closely.

Below is a graphic showing overall Browser Usage for the different IE Versions through the first six months of this year. (US ONLY) 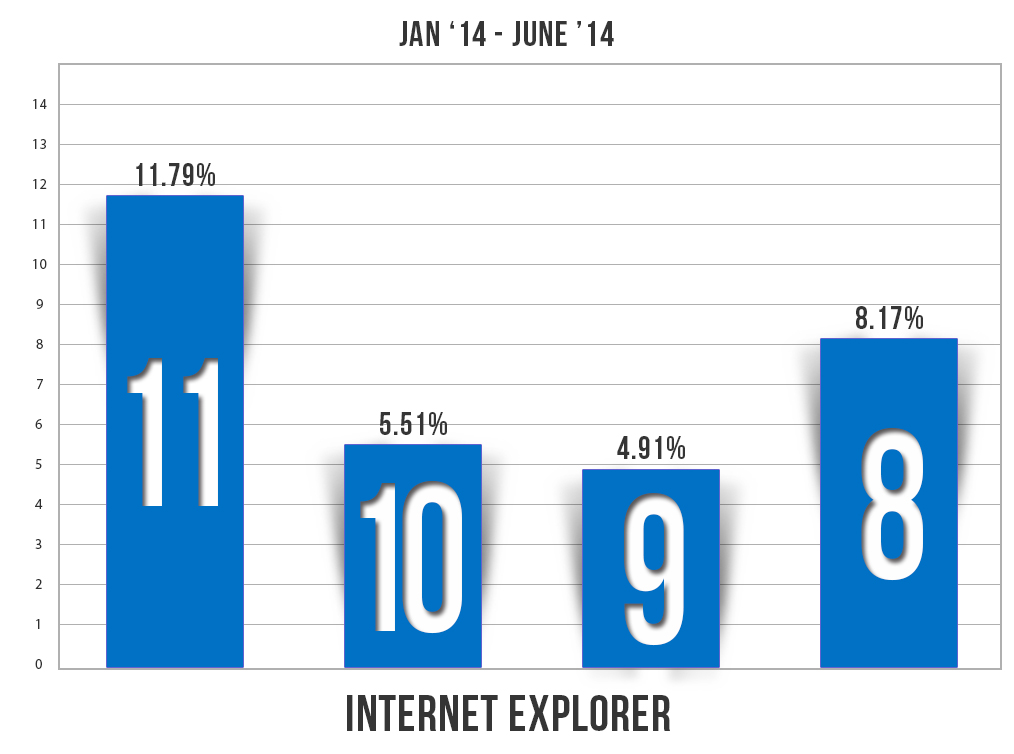 Synapse compiles all statics within this report from StatCounter.com. StatCounter is the world’s leader in internet market share information collection. StatCounter uses a pool of over 3 million websites that collect over 5 billion unique visitors each month.

To learn more, start a conversation with us.